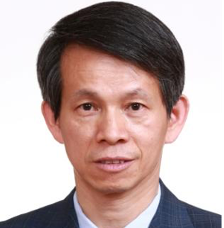 Dr. Yushao Wu is the vice president of China National Committee on Ageing.  He has worked in the field of ageing for more than a decade and participated in the formulation of many important national laws, policies and programs on ageing.

Dr. Wu studied at Xiamen University and Capital University of Economics and Business.  In 2009, he finished his Ph.D. program at Beijing Normal University, majoring in ageing.

Dr. Wu’s researches cover a variety of fields, including ageing, social security, social welfare and social work.  He has published over 100 academic papers. Dr. Wu was appointed as a part-time professor by a dozen universities such as Peking University, Beijing Normal University and Central University of Economics, etc.  He was also invited as the director of Expert Committee on Ageing of Chongqing Municipality and Shannxi Province.  Due to his remarkable achievements, Dr. Wu was awarded the Outstanding Contribution to China’s Gerontology Research.