Not Afraid To Take A Shot 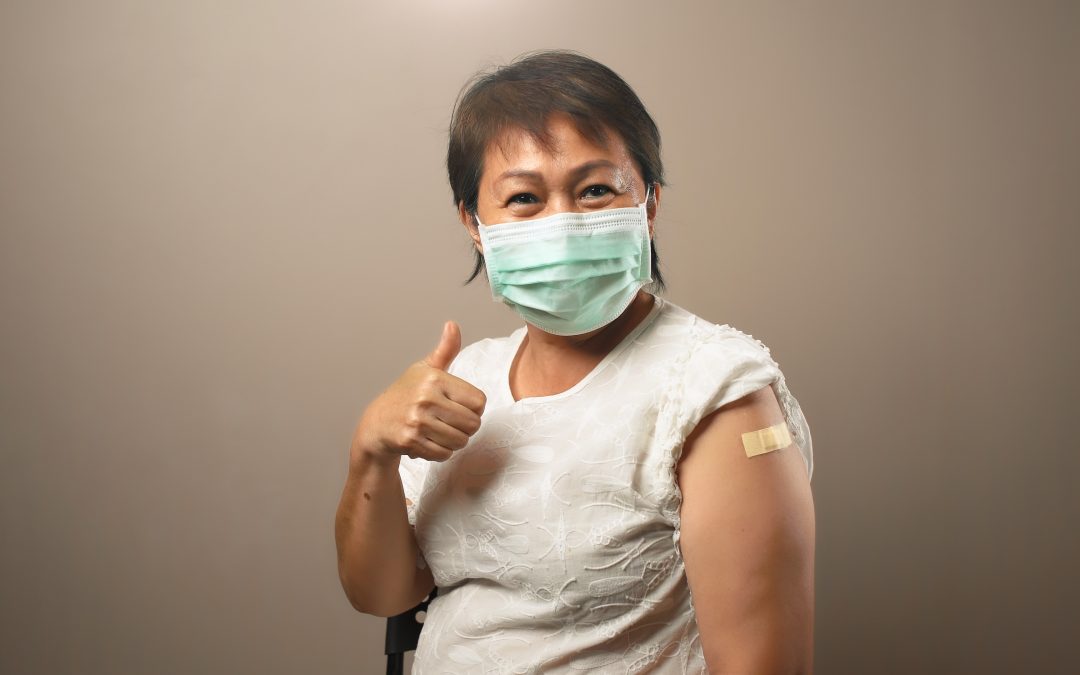 What are you afraid of? This particular question was brought up quite recently by my acquaintances. I heard from a friend that he is afraid of having his heart broken. Another one, despite having trouble admitting it, was afraid of travelling by plane. One admitted he is afraid of spiders, despite his towering height and strength. I have been afraid of the dark, of ghosts, of teenage pregnancy, of the wrath of my parents, of failing as a daughter, as a student, as an employee, and as a mother. But for the past two years, I have been afraid of COVID-19 – and just as the fear has started to dissipate, along with certain restrictions and the much-needed aid of educational initiatives such as the Adult Vaccination Health Care Professional Education ECHO Program, I consider myself ready to write about it.

The lockdown started two weeks before my birthday. I went from hardly believing the pandemic to fearing it in a matter of days, upon finding out that several friends of mine had been infected during the first week. People were dying everywhere – back in my home country, Brazil, and in all the other locations I had lived: Spain, Ireland, the U.S., and Mexico. Older people in particular, back in those early days: great-uncles, great-aunts, friends’ grandparents. The lack of information, guidelines and policies nearly drove me mad, along with the shortage of masks, disinfectants and other protective supplies.

I came with my family to Canada amidst it all. An immigration process is never easy – I should know it by now – but going through it during a global lockdown felt like one of the most challenging steps I had ever taken. I arrived in Toronto and was promptly led to a hotel designated by the government to stay with my family for the required quarantine period, followed by an additional quarantine at home and a few rounds of home-made tests conducted in front of a camera, using the kits provided at the airport and the online support of a nurse. People often asked me about the “jail hotel” experience, which I found quite positive – being lucky to not have faced the “death row”, or the hotel floors designated for infected passengers. Another woman, who had recently arrived like me, also enrolled in a program at the same university I attended, accompanied by her family just as well, was not so lucky. Her husband died a couple of days after her arrival, leaving her to look after their two children in a strange country, during uncertain times.

My first time allowed out of the new home coincided with my vaccine appointment. Never in my life had I looked forward to having my arm pierced by a needle. Once, twice, three times. The waiting felt unbearable, but several months later my parents were granted the same opportunity back home. Earlier this year, after almost 2,000 days since I had last been with them, they were able to visit us here. They eagerly presented their vaccination passport to each and every flight attendant and immigration agent along the way, and after such a long wait they got to spend one incredible month with their daughter and granddaughter, without so much of a cough getting in the way.

My parents are older people. They have been scared of many things. They were scared when I was born prematurely, when our farm was burnt to ashes by vandals, when the early 90s economic crisis in Brazil had most of their savings vanish overnight, when I left home at 18 years old to live abroad, and when the 2017 earthquake that hit Mexico City – on the very anniversary of the magnitude-8.0 one that nearly destroyed the entire city back in 1985 – caught us by surprise. They were not scared, however, to take a series of shots that had been preventing people from dying or falling extremely ill from a barely-known disease. My parents have lived long enough to see diseases such as polio and smallpox become eradicated by vaccines, and several others being kept under control. They would promptly sign the vaccination forms for my brother and me to receive our doses at school, during yearly campaigns – and we have never been hospitalized due to a disease.

My parents were born in the middle of the 20th century. They have seen changes in society, technology and science go from a slower to a faster pace, and much like other older people these days, they are challenged by issues such as digital and information accessibility. They are part of a demographic from which I would expect fear of changes, especially in the scientific field. And yet, curiously, every single anti-vaxxer I am aware of is young enough to be their children, at least.

In his 2015 article “Paradigms lost”, David P. Barash wrote extensively and eloquently about how society seems to resist scientific advancements, which seems a paradox considering how willing people are of keeping up with new trends and tendencies on a daily – if not hourly – basis:

The capacity for self-correction is the source of science’s immense strength, but the public is unnerved by the fact that scientific wisdom isn’t immutable. Scientific knowledge changes with great speed and frequency – as it should – yet public opinion drags with reluctance to be modified once established.

Vaccines can be scary. There is a pointy needle involved, and the contents injected into our bodies seem to be altered almost as frequently as our social media feeds. As it should, because that is exactly how diseases such as COVID-19 act, with their ever-increasing number of variants. Therefore, unlike an arm upon receiving a shot, science cannot afford to hold still – thanks to it moving forward through new options and new policies, I now get to move anywhere once again.