Out With The New, In With The Old 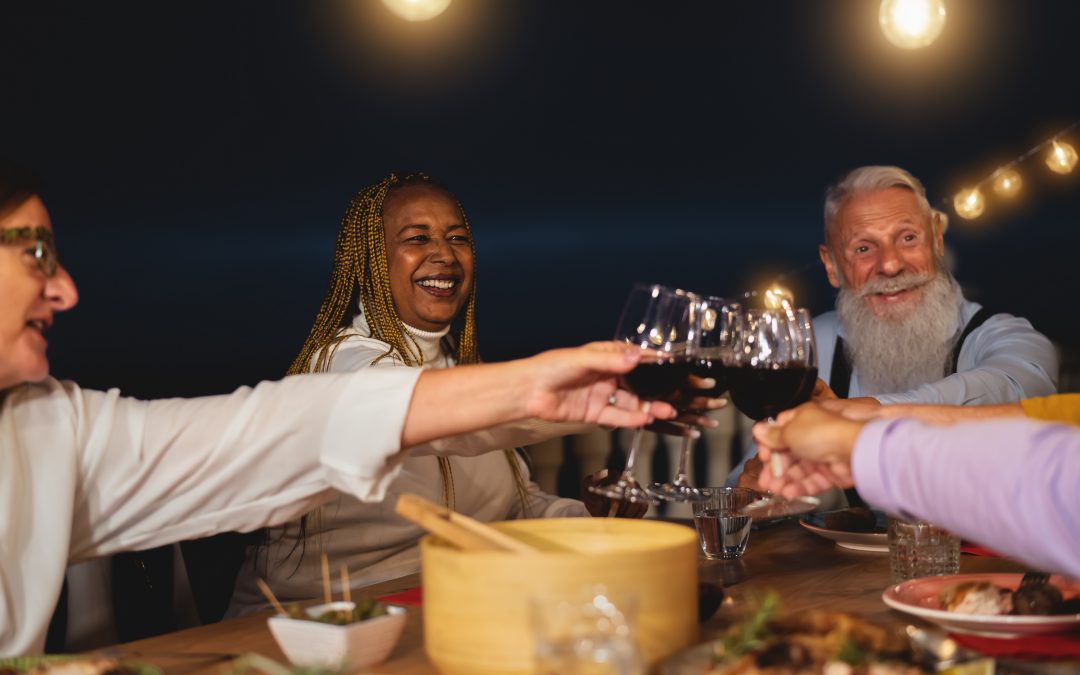 Older is not necessarily better – or is it? From certain alcoholic beverages to a pair of Levi’s jeans, it is undeniable that the passage of time can produce spectacular outcomes. What if we found the secret to ageing like fine wine? Perhaps one of the key aspects to ageing well when it comes to humans revolves around identifying propitious conditions or environments for that to happen.

Wine comes in bottles of all shapes and labels. Some of those can be loud and tiring: the label is full of visual elements, or words in excess to describe the content – more often than not to make up for the lack of it. Young wine is rarely something to be appreciated. It usually lacks the depth of aged wine, and it does not pair well with much, hence its lower price tag. There can be a few exceptions here and there, and then there is the matter of personal preference, but the fact is that surprisingly like people, wine behaves like a living being, constantly changing (some at a faster pace than others) until the bottle is ready to be opened. As Eric Asimov beautifully put it in a 2018 article for The New York Times,

Aging wine is an act of hope and optimism, laced with fear and dread.

So it can be when it comes to people. Optimism, fear, and dread. Optimism in thinking we will age well. Fear of ageing poorly. Dread of dealing with the consequences of a certain lifestyle, and so on. However, despite such negative undertones aged wine ends up turning out just fine – all it requires is a chance to breathe. What if we treated older people the same way?

One of my favourite people in the world is the first photography professor I had in college. He is 65 years old, just enough to make him an older person by textbook definition. To me, he is much more than that. He is the person who taught me how to properly operate a camera, making me forget about fretting over settings and just taking my time to really see what I need in terms of light (his ten-word advice led me to produce better images than any fast-paced, content-full YouTube tutorial ever managed to accomplish). He is the person who convinced me to ditch the flashy, loud, and accessory-demanding DSLR camera I had in favour of a compact, vintage-looking mirrorless one, that is much easier to operate and lighter to carry – therefore making me reach for it way more often than I ever did for the previous one. He is the person who taught me how to whip up a mean dressing for one of the most delicious salads I have ever tasted, a surprise for someone who grew up in a kitchen and worked at a Michelin-starred restaurant. He is the person who keeps convincing me to go on a camping trip, something I have yet to experience while he has done it for six decades now. He is the person who walked, talked and photographed completely at ease on an empty onion field somewhere in Newmarket, Ontario during a workshop while I panted and yawned and trembled at the long distances being covered so late on such a chilly night.

It has become somewhat of a trend to see older people (regardless of their age) as less capable as if age necessarily meant frailty. It might be so for a person who does not have access to proper health care, opportunities to thrive, and/or an adequate lifestyle. So, younger people tend to forget – amidst arrogance and impatience, so common in youth – that older people can age well, much like fine wine. My former professor, now friend, is over 20 years my senior and one of my role models. If I could age half as well as he has, I would consider myself accomplished in a way that I could have never been as a young person.