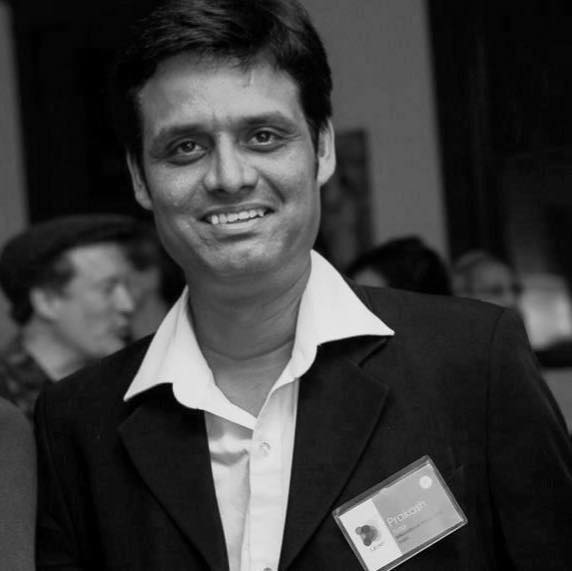 Dr. Prakash Tyagi is the Executive Director of GRAVIS and Founder-Director of GRAVIS Hospital in India. In his academics, he has studied Internal Medicine, Geriatrics and International Public Health. He has also been the recipient of a Fulbright-Humphrey Fellowship to study global health at UNC Chapel Hill, received a Ford Fellowship to study non-profit management at Columbia University in New York and has studied public policy through a Fleishman Fellowship at Tarry Sanford School of Duke University. He has supported various non-profits working on health and development aspects nationally and internationally. With his global health experience, he has contributed to various international forums and has written extensively on major global health issues and priorities.As the Executive Director of GRAVIS in India, he has been leading the organization since last 14 years. GRAVIS works extensively in the Thar Desert of India with key focuses on ageing, water security, food security and community health. GRAVIS reaches out to about 1.3 million people living in poverty with its work and has helped formation of over 3,300 Community Based Organizations. In 2000, he founded a major, rural hospital in Western Rajasthan and currently directs its administration. This 70-bed rural facility is an important medical center in the area. Dr. Tyagi is an active development practitioner and public health professional and has contributed significantly in the fields of geriatrics, maternal and child health, HIV, TB and occupational health through his writing, research and field work. In the field of evaluations, base-line surveys and report-writing, he has significant experience. He has written a number of articles on community health aspects, social development. He is a visiting faculty at Jodhpur School of Public Health in India, a visiting faculty at All India Institutes of Medical Science (AIIMS), India and a Clinical Professor at the School of Global Health and Medicine of University of Washington, US.

COVID-19 has been the foremost global health challenge over the last year and a half and has affected all spheres of life and development. As of 7 July 2021, the world has registered a total of over 184 million COVID-19 cases, while confirmed deaths worldwide have been reported at over 3.99 million. It is envisaged that the Low and Middle Income Countries (LMICs) have been and will continue to be hit harder by the pandemic as a result of limited healthcare capacity and inadequate infrastructure, as well as difficulties in maintaining social distancing. Apart from its direct health consequences, COVID-19 has left communities in LMICs with dire economic consequences. The World Bank estimates that about 120 million people have been pushed into poverty due to COVID-19 in the last year or so.

The proposal of observing a healthy ageing decade from 2021 to 2030 was endorsed by the 73rd World Heath Assembly August 3,2020.

To continue backing the communities we serve around the world, including the nonprofit leaders who are helping drive positive change, American Express today announced the recipient of the 2020 American Express Leadership Academy Alumni Award: Prakash Tyagi, executive director of the India-based NGO, GRAVIS. The organization works to expand access to clean water, food, education and healthcare in rural communities in the Thar Desert.

Earlier, farming was entirely dependent on the monsoon; but now the soil absorbs enough water for villagers to produce a kharif (winter) crop. “When the organisation first introduced khadins, we used to hear stuff like, ‘Yeh kitna chota hai, isse kya hoga [this is so small, what can it do]?’ But as people saw changes, they started adopting this technique. We have constructed about 5,000 khadins now,” says Prakash Tyagi, executive director, Gravis.

The law of the mines is that, no work, no wage. So, the days when they can't turn to work, because of an illness or because of some other problem, they can't make any money.

Growing prevalence of mental health disorders in older populations is an emerging public health challenge in India. There are some 3.7 million people in the country currently living with dementia, according to Dementia India Report of 2010 (pdf). This figure is expected to double by 2030 and, with the number of older people projected to grow to 325 million by 2050, the country is at a great risk of an aggravated mental health challenge, while other conditions, including depression, delirium and anxiety, are also consistently rising. Particularly at risk are those older people living in remote, rural settings who, amid poverty, lack of literacy and poor health services, are especially vulnerable to mental health conditions.

Sexually-transmitted diseases in older age are an area of neglect

HIV's disconnect with people in older age in terms of programmes, priorities and strategies has increasingly been discussed over recent years. Yet, conversations on sexually-transmitted diseases overall remain more neglected. Despite the vast number and complexity of sexually-transmitted diseases, older age is often considered a stage in the life course when they don't matter. Syphilis, chlamydia and gonococcal infections have been found to be very common in people over the age of 50, affecting people into their 60s, 70s and beyond.

Last month in Kobe, Japan, 200 policymakers, practitioners and activists committed to healthy ageing gathered for the Second World Health Organization (WHO) Global Forum on Innovations for Ageing Populations. The discussions, which involved a good representation from the HelpAge network, covered a wide range of topics surrounding ageing, with a particular emphasis on community engagement, the role of new technologies, particularly in developing metrics for data collection, and the importance of exploring new partnerships. The forum provided many opportunities for open dialogues, sharing of global data and statistics, and exploring the work at community level led by older people.

Improving health through addressing nutrition and sanitation in the Thar Desert, India

2018The Thar Desert of India is a severely drought-prone and impoverished region. As a result of water scarcity, communities live in deep-rooted poverty, which has a major impact on health status. Lack of nutritious foods leads to malnutrition and the scarcity of water also poses sanitation challenges.

2013Stone mines of Western Rajasthan are famous worldwide for its sandstone and white marble. In the drought-stricken state of Rajasthan (in particular in its Western part) mining provides essential support to livelihood generation to more than 2 million people. Mineworkers in these mines work in unsafe conditions, are underpaid, undernourished and suffer with various health problems like silicosis and tuberculosis. This inspired us to estimate the morbidity profile of the mine workers in Jodhpur district of Rajasthan.

Visiting Faculty to All India Institute of Medical Sciences (AIIMS)

Clinical Professor in University of Washington

Key Correspondent (KC) to the International HIV and AIDS Alliance 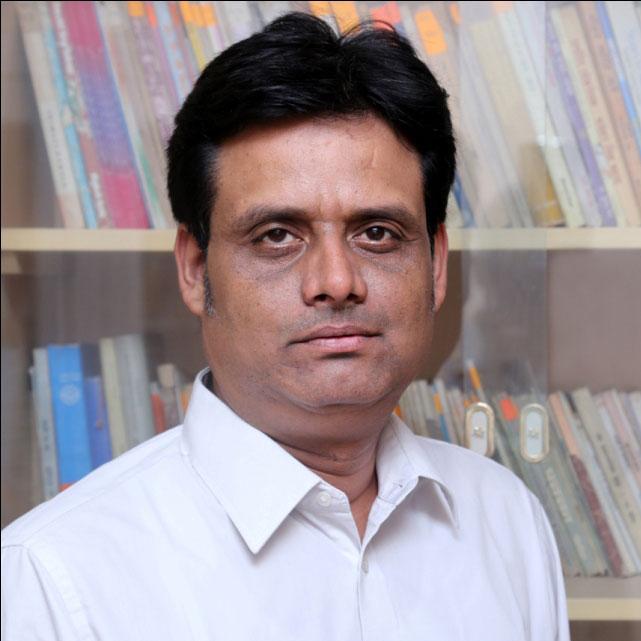