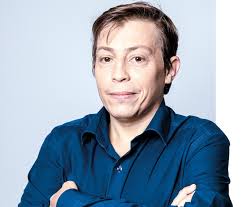 Radu Ganescu is the Founder of the Association of People with Major Thalassemia, an organization serving patients with this rare disease.

He was born in 1977, in Romania of a communist era. The first steps were difficult, at age of 7 months, Radu was diagnosticated with a Major Thalassemia, o rare hematologic disease, at that time unknown even for physicians. Still, the involvement of patients leads to a normal life for the young boy, with weekly visits to Bucharest hospitals and many treatments. Radu graduated the primary school and high school in Campina, a small town in the mountain area. After that, he moved to Bucharest for faculty. He attended the financial accounting courses, but he was forces to quit at final exams because he was forced to stay 2 years in bed due to the health condition, he wasn’t able to walk by himself at that time. In 2004, after a very difficult period, he was willing to do something in order to change an unwieldy health care system that didn’t offer him a lot of choices for his suffering. He founded Association of People with Major Thalassemia, together with other patients. In 2006, the association became a member of International Federation of Thalassemia, international organization that helped us to see that patients can be treated with modern options, according to international guidelines. That was the moment that he realized that only with other patients’ organization, can become a loud voice and to be a real partner for authorities. The next level In 2008, we become members of National Alliance of Rare Disease and in 2010 of Coalition of Patients Organization with Chronic Disease, that become European Patients’ Forum member from 2011and from there in 2013 he was elected president of Coalition of Patients Organization with Chronic Disease and kept this position until now. In the last 7 years, together with the team, he increased awareness on patient’s rights, developed many information’s campaign and raise the number of patient’s organization. Involving him in projects of great interested like capacity building for patient’s association or long life vaccination for chronic patients, or clinical studies like a big part of patients access to innovation. For the moment in 2020, Coalition of Patients Organization with Chronic Disease is involved in 2 major projects of screening of cardiovascular disease and cancer at national level, project that are made with European funds and realize in partnerships with different stakeholders like medical society or national institutions. 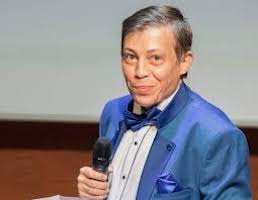