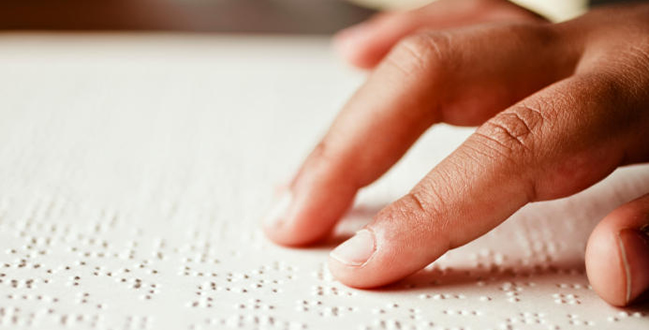 The World Blind Union celebrated World Braille Day on 4 January 2019, declared by the United Nations as an international day to commemorate the importance of braille. This day recognized the right of access to braille by blind people and raised awareness on its relevance.

Braille has received recognition by the UN, especially in the Convention on the Rights of Persons with Disabilities (CRPD): under Article 9 on accessibility which calls on states to provide signage in braille and in easy to read and understand forms in buildings and other facilities open to the public; Article 21 which requires the provision of information in accessible formats including braille and Article 24 in which states parties shall facilitate the learning of braille.

The Marrakesh Treaty is also celebrated for recognizing braille as critical in providing accessible information to visually impaired persons. The Treaty obliges all ratifying states to ensure that published works and books are produced in accessible formats including braille.

However, there are numerous challenges in the use and learning of braille:

After observing World Braille Day, the World Blind Union is calling upon states to take the following actions:

For more information about the UN recognition of the World Braille Day go to: http://www.worldblindunion.org/English/news/Pages/UN-General-Assembly-affirms-World-Braille-Day.aspx

The World Blind Union (WBU) is the global organization that represents the estimated 253 million people worldwide who are blind or partially sighted. Members consist of organizations of blind people advocating on their own behalf and organizations that serve the blind, in over 190 countries, as well as international organizations working in the field of vision impairment. Visit theirwebsite at www.worldblindunion.org