Demographics Prognosis for South Asia: A Future of Rapid Aging 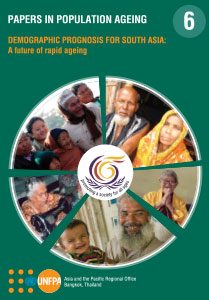 From the Report of the Asia and the Pacific office of the UNFPA: “Population ageing that had, until the turn of the century, remained a phenomenon largely exclusive to the developed countries has been manifesting itself in an increasing number of less developed countries.  This Report shows how, after a late decline in fertility relative to South-East Asia and East Asia, South Asia too is set on a course of rapid ageing.”


Demographics Prognosis for South Asia: A Future of Rapid Aging