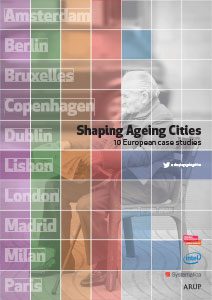 In 2050, 70% of the world’s population is predicted to live in cities and the number of people aged 65 years and over is expected to triple to 2.1 billion, representing 22% of the entire population.

This comparative overview of the selected cities and urban environments has the potential to help us understand how to mitigate, adapt or manage societal changes such as our ageing population by examining the complexities that each city is experiencing.