Vaccinations and the At-Risk Adult Population of Diabetes 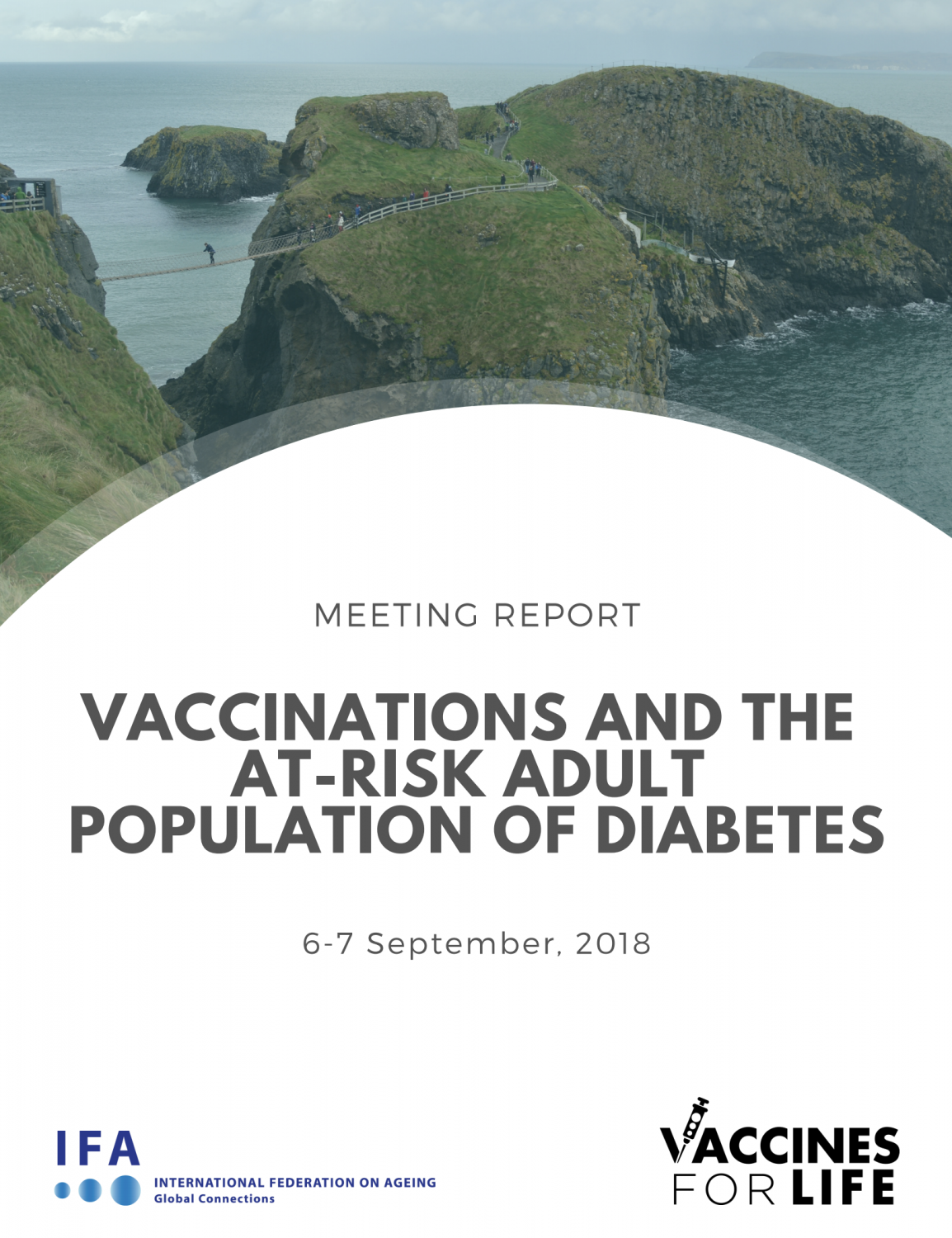 Today, close to four million people are living with diabetes in the United Kingdom (UK) and the associated costs on the National Health System (NHS) are expected to reach £16.9 billion by 2035. The diabetes epidemic presents a significant public health concern, as older people with diabetes have a weakened immune system against vaccine preventable diseases (VPDs) such as influenza, pneumonia and shingles. To illustrate, people with diabetes are reported to have a fourfold higher risk of death from influenza compared to the general population and are at a higher risk for increased disease severity and more frequent complications.

Adult vaccination is therefore a critical element of a life course approach to healthy ageing, particularly for at-risk groups such as those with diabetes. Although the UK historically has reached high vaccination uptake rates against VPDs such as influenza compared with its neighbours, uptake rates amongst at-risk groups could be improved. From 2017-18, Public Health England aimed to provide 55% of at-risk groups with the influenza vaccine but were only able to reach 48.7%.

Diabetes organizations comprising many millions of patients and their caregivers generally have a low level of awareness of the importance of guarding against VPDs which can have devastating long-term effects on a person’s function and longer-term morbidity, and also results in increasing care needs and pressure on health and social care systems. Diabetes UK, the region’s leading charity for people living with diabetes, has begun to set a positive example by mobilizing knowledge on the importance of the influenza vaccine to members through educational programs and social media, as part of Public Health England’s “Stay Well This Winter” campaign.

The high cost of VPDs in people with chronic conditions, coupled with limited research and action in this area underscores the need for further collaborative action led by patient organizations, healthcare professional organizations, and immunologists to improve vaccine awareness and increase vaccination uptake rates for people with diabetes to ultimately maintain healthy ageing and prevent functional decline.