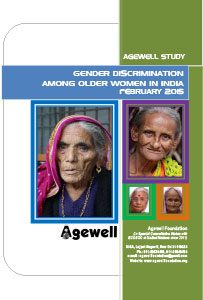 This report shows how gender inequality, prevalent in India for centuries, continues to perpetuate health, education, economic and political inequalities between men and women even today – this hits elderly women especially as they are deprived from availing benefits of development and marginalizes them from the mainstream.

This report also contains two exclusive reports from the data collected across Delhi and Rajasthan.