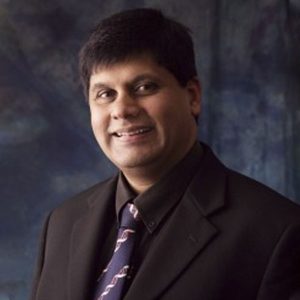 Professor Ralph Martins is well-known and highly respected internationally as a prominent researcher in ageing and Alzheimer’s disease. He was appointed to the Board of Directors of the International Federation on Ageing in 2014.

Over the last 30 years, Professor Martins’ insight into Alzheimer’s disease has led to a number of groundbreaking discoveries. Recognition of his tireless pursuit of research excellence and functional clinical outcomes has come in the form of over 350 peer-reviewed publications, published in prestigious, high-impact journals, such as the Journal of the American Medical Association, and cited over 12,138 times since 1996. He has delivered numerous keynote presentations, and he has a history of securing research funding, encouraging community engagement, and bolstering industry collaboration. He has generated commercially and clinically valuable intellectual property, with eight patent leading to successful commercialization outcomes.

Professor Martins holds numerous adjunct professorial appointments with esteemed universities around the world. He was instrumental in establishing the McCusker Alzheimer’s Research Foundation in 2001 and serves as its Director of Research. In 2003, he was appointed Senior Editor for the Journal of Alzheimer’s Disease and editorial board member for Current Drug Targets CNS & Neurological Disease. In 2004, he was appointed by Edith Cowan University to the Inaugural Chair in Ageing and Alzheimer’s. He aided in establishing the Centre of Excellence for Alzheimer’s Disease Research and Care at ECU in 2006, and has since been its Director. The same year, he commenced a research program at Pelita Harapan in 2006 to study genetic risk factors for ageing and Alzheimer’s disease in four ethnic communities. He was also appointed to an adjunct professorial position at Thomas Jefferson University’s Farber Neurosciences Institute, and he was awarded a prestigious US National Institutes of Health program grant. To foster research collaborations, he has held a joint academic appointment between Edith Cowan University and Macquarie University since April 2016.

In recognition of his outstanding research achievements, Professor Martins has been awarded a number of very prestigious accolades, including the Melvin Jones Award from Lions Club International Foundation USA in 2010. This is the highest award the Lions bestow recognizing outstanding community service, and he is one of only two recipients in the last 25 years. He was named Western Australian of the Year in 2010, Western Australian Citizen of the Year in 2011, a Paul Harris Fellow by the Rotary Club in 2011, a Member of the Order of the Knights of St. John of Jerusalem in 2013, and Officer of the Order of Australia in the General Division in 2013.  Since 2016, he has been playing a key advisory role at the Maggie Beer Foundation, which seeks to improve the quality of food provided for aged care and to enhance the well-being of older people.