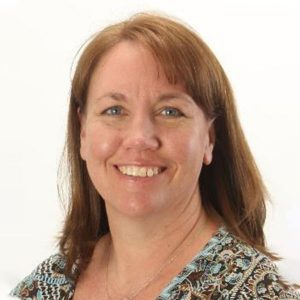 Dr Kelly Fitzgerald has a Master of Science and PhD in Gerontology from the University of Massachusetts Boston and a Master of Public Administration from Georgia State University. Currently she is a Graduate Faculty member at Western Kentucky University where she teaches online graduate and undergraduate gerontology courses and supports various research projects. Dr Fitzgerald is an Associate Lecturer for the Management of Aging Services (Master of Science) program at the University of Massachusetts Boston and a Guest Scientist at the Center for Gerontology at the University of Zurich. Previously she completed research contracts for the Public Health Agency of Canada and was the Network Coordinator for OPAN Cymru (Older People & Ageing Research & Development Network) in Wales.

Dr Fitzgerald has a broad interest in ageing topics and has been active with several different organizations. She supported the World Health Organization’s Global Network for Age-friendly Cities and Communities by helping cities apply to join the Network, link cities with other cities, and identify ways in which cities can become more age-friendly. She is an AGHE Fellow and a Gerontological Society of America (GSA) Fellow. She has held several other leadership positions in different ageing organizations including the Gerontological Society of America, the British Society of Gerontology, and Sigma Phi Omega (international gerontology honor society). She has presented in several different countries and has also conducted research published mainly on the topics of disasters and older adults and age-friendly cities. She recently edited a special issue on age-friendly cities and communities for the Journal of Aging & Social Policy and a book titled International Perspectives on Age-Friendly Cities.

Dr Fitzgerald has been involved in UN ageing activities since 2010. She began as an NGO representative for the Federation of American Women’s Clubs Overseas (FAWCO) (2010 – 2012) and currently (since 2012) represents the International Federation on Ageing. During this time, she organized events and attended various UN meetings including the 2012 UNECE Ministerial Conference in Vienna and the 2017 UNECE Ministerial Conference in Lisbon. In May 2014, she was elected as Vice-Chair for the UN NGO Committee on Ageing in Geneva and continues to serve in this position. Over the last few years, she has focused on increasing the awareness of older refugees.