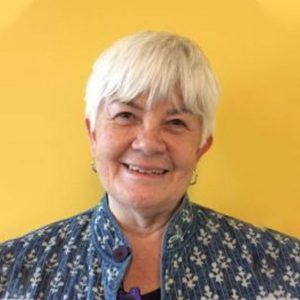 Ms Frances Zainoeddin left Australia in 1970 to work at the United Nations, New York – initially in the Population Division of the Department of Economic and Social Affairs – and ended her career, 31 years later, as Deputy Budget Director of the United Nations Programme Planning and Budget Division.

Upon retirement, Ms Zainoeddin joined the NGO community in order to further promote the ideals of the United Nations, with a specific interest in gender and ageing issues. Her knowledge of the United Nations system, policies and procedures, has been particularly useful to NGOs that participate in deliberations in intergovernmental meetings.

Ms Zainoeddin is currently Vice-Chair of the NGO Committee on Ageing and is also a member of the NGO Committee on the Status of Women. She was a key participant in the establishment of the Stakeholder Group on Ageing in 2013, as part of the Major Groups and Other Stakeholders involved, as civil society participants, in sustainable development issues and was actively engaged in the United Nations intergovernmental negotiations leading up to the adoption of the 2030 Agenda for Sustainable Development, ensuring inclusion of the concerns of older persons. She is the UN Focal Point in New York for the Stakeholder Group on Ageing.