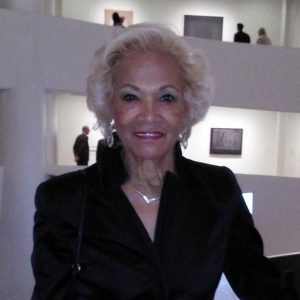 Valerie L. Levy has more than 45 years of experience and leadership in the field of ageing in the public sector. At present she represents IFA at the United Nations (since 2003) in New York as a member of the UN NGO Committee on Ageing (COA). She serves on the COA’s sub-committee to Establish a Convention on the Human Rights of Older Persons and is a COA liaison to the UN NGO Committee on Human Rights. She was Co-Chair of the UN International Day of Older Persons, 2009.

She served for 33 years at the New York City Department for the Ageing (DFTA), the largest Area Agency on Ageing in the U.S., planning, implementing and administering programs and services to New York City’s 1.3 million older persons. She has a recognized expertise in the demographics of urban elderly populations and conducted training at DFTA in cultural competence, cultural diversity and social inclusion in the design of ageing programs.

She has been an adjunct lecturer at Universities and Colleges in the U.S. and presented papers and participated in seminars at professional meetings and conferences around the globe. She is a member and Fellow of the Gerontological Society of America where she served on its Public Policy Committee and assisted in the establishment of its Committee on Minority Issues. She is a member of the American Society on Ageing, serving as one of the original mentors in its New Ventures in Leadership program. She was also a long-serving member on the Board of Directors of the National Caucus on Black Aged (U.S).
She is a graduate of New York University and did her graduate studies in Gerontological Services Administration at the New School for Social Research, (now New School University.). She was a consultant to the New School in establishing a curriculum on Minority Ageing.