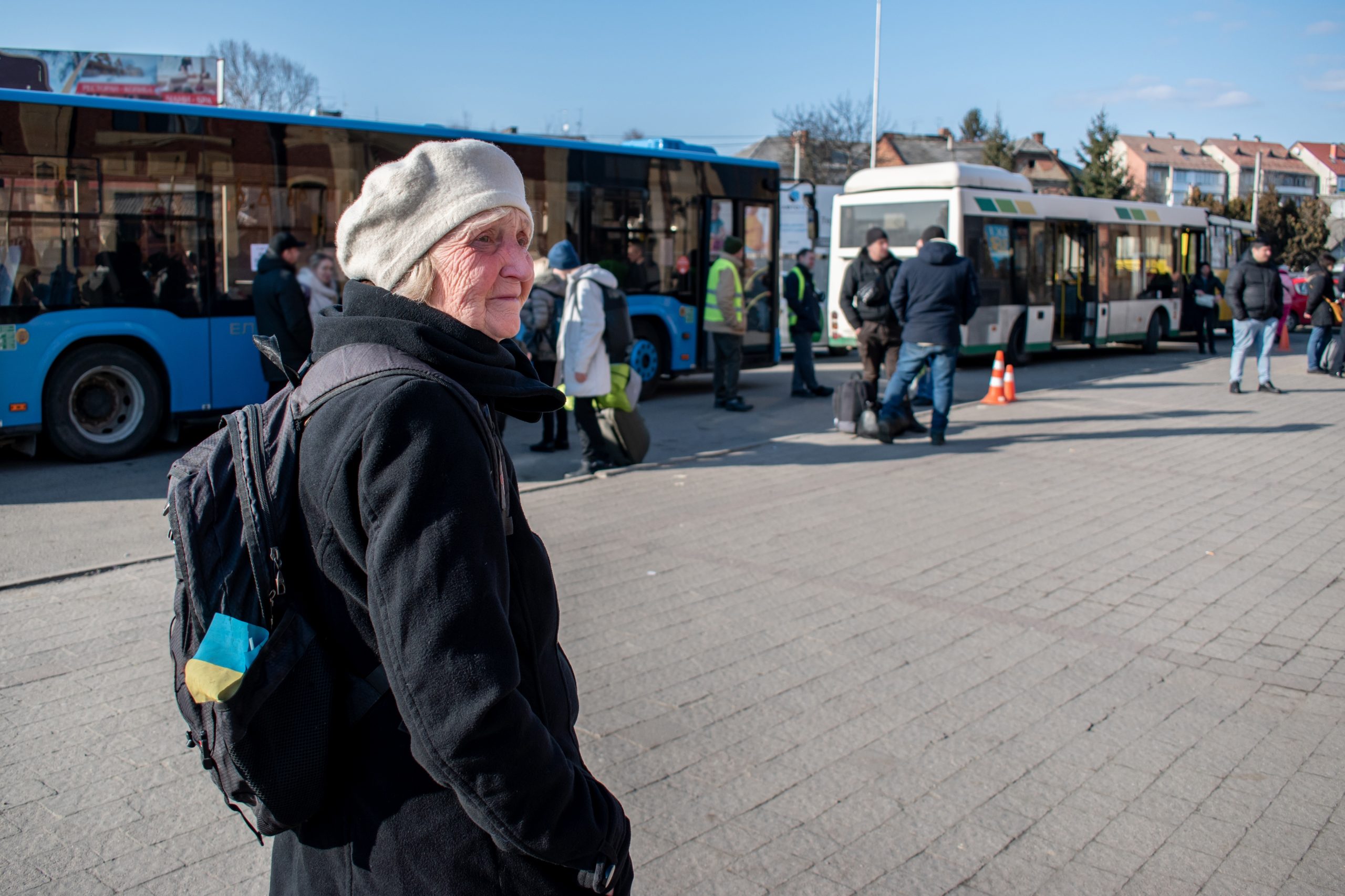 Are we capable of identifying the weakest link in a chain, a group, or society? As the world has barely gathered enough strength to re-emerge after a two-year lockdown, we see Ukrainians either hide in desperation or find itself buried under the debris as a war erodes this nation, reduced in geographic proportions yet omnipresent as part of a chain, which will slowly but surely find its links affected. The chain that I refer to here is made up by people, specifically older people: those who have endured the hardships of the past, who have fought so hard to overcome them in order to live with grace and dignity, and to provide the same lives for the following generations. Those older people, important links to history and society in general, have had their links broken. They either had to flee their own homeland or part ways with those who were able to do it. But before we jump to Ukraine, allow me to mention Czechoslovakia.

From history books to digital platforms, you will learn how Czechoslovakia ceased to exist not once, but twice. The first time during World War II, and the second during the 90s. What you may not learn from many sources other than Martha Gellhorn’s The View from the Ground, is the similarities between Czechoslovakia back in the 1930s and today’s Ukraine. Both were nations that found themselves caught between the crossfire and the first to suffer the consequences, much like the particular demographic we discuss here. Here are a few excerpts:

“A man in a cap crossed the room and asked if I knew whether they would be allowed to emigrate to Canada. They say the names of these distant places hopefully, not sure what the country is like or where it is, but maybe there will be safety for them there. Canada, they know, is a safe country for people who believe in democracy.”

“’ Democracy is dead. We will have a dictatorship here too.’ Czechoslovakia is no longer an independent state. People are afraid.”

It has been nearly a century since the sentences above were written, and yet they remain painfully accurate. I quote Gellhorn yet again in this column, not because she is one of my favourite authors and a sort of idol (both true), but because I too am afraid. I have been afraid ever since I was introduced to the spectacular Dr. Xenia Scheil-Adlung, an expert on global health and long-term care policies, who was more generous in sharing her knowledge about the conditions of older people affected by the war (both inside and outside of Ukraine) than I was deserving of receiving it. I have been afraid because after comparing the one-hour-long conversation with Dr. Scheil-Adlung and Gellhorn’s articles, I realize how weak our society remains.

It is common to read about “people dying” during wars that are happening in a faraway land – I should know it, having grown up watching the news since the 80s. The Berlin Wall, the Cold War, the Troubles in Northern Ireland, the Iran–Iraq War, the Israeli–Palestinian Conflict, the Apartheid, everything in Eastern Europe: you name it, I saw it on TV, eager to grow up so one day I would be one of those brave people wearing khaki vests, helmets, and yelling the latest news amidst explosions and dust. I grew up, I got the vest, and upon coming across the first opportunity of yelling the latest news from Ukraine, I choked. After that hour-long preliminary interview with Dr. Scheil-Adlung, I hung up the phone and rushed outside IFA’s office to cry, hidden behind a tree, for nearly half an hour.

I cried because one thing is to read about “people dying”. Another thing is to realize how several people, mostly older ones, are dying and will die in the upcoming cold months due to a lack of energy to keep them warm; to heat their water for a bath; to provide transportation for them to have access to food, health, and other basic needs; among other causes. “People dying” no longer belongs to a blurry imagination, which could conjure anything and not much. Suddenly, people – older people, who cannot fend for themselves like the young ones most of them sent to the safety of other countries – are dying out of hunger, cold, and diseases, something we are all familiar with in a way or another. I cried because I am finally old enough to start grasping the level of devastation derived from a war, and my urge to tell a story about it felt so shallow by comparison.

I cried because I identified myself as the weakest link. There it is, this tragedy that is defining and condemning the lives of older people not only in Ukraine, but everywhere else: refugees, and older people who will also be affected by energy and food rationing, economic crisis, and all the side-effects of a war that impact the daily routine of so many people, however little is written about it in history books or digital platforms. There she is, Dr. Scheil-Adlung, much like individuals before and after her time, an endless source of information and inspiration. And here I am, not knowing what to do with myself or the responsibility of telling this story other than appealing to tears, mine, in the vain hope of changing its course by evoking yours.